A Triple for Siltbuster at Bauma 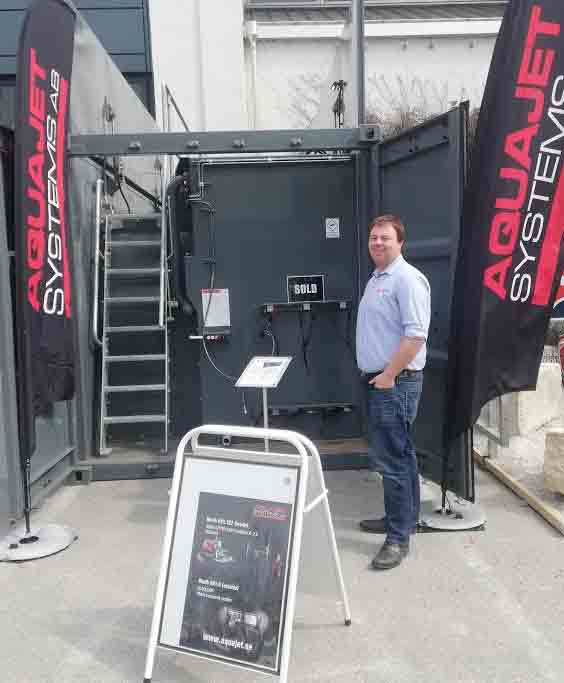 The growing international reputation of Siltbuster, as the leading innovator in water treatment, was underscored at the Bauma International Plant Show. Bauma is the world’s largest show for construction equipment and is held every three years at the International Exhibition Show Ground in Munich, Germany.

Commenting on the show, Siltbuster’s Managing Director, Dr Richard Coulton says: “It’s very unusual for a small company such as Siltbuster to have equipment on display on three totally different trade stands. It shows both our team’s ability to engineer innovative solutions that tackle varied environmental problems, and our standing in the world market.”

In association with its Swedish partner Aquajet, Siltbuster exhibited one of its Ecoclear Water Treatment Units, which is designed to treat the contaminated water created when high pressure water jets are used to break up concrete. As a result of exhibiting at the show, Aquajet sold an Ecoclear unit to a costumer in Chicago USA. In collaboration with Aquajet, Siltbuster has now sold over a dozen of these units worldwide to countries including USA, Canada, Sweden, Holland and Australia.

On the stand of its sister company Selwood Pumps, Siltbuster showcased its experience in providing temporary water treatment systems for treating sewage for a variety of applications such as emergency treatment in the event of a breakdown at a treatment plant, planned maintenance or in response to an increase in treatment requirement.

Siltbuster-developed equipment was also to be found on the Doppstadt stand. At the end of 2018, Siltbuster Ltd sold its materials recycling business to the German recycling equipment manufacturer. As result Doppstadt was showcasing a Siltbuster developed Hydraulic Density Separation (HDS) unit. The HDS is designed to separate wood, plastic and other lighter contaminants from aggregate and stone, and is specifically aimed at recovering aggregate for re-use from construction demolition waste. Since developing the unit and collaborating with Doppstadt, HDS units have been sold worldwide to a number of countries including Germany, Israel and Australia.

Richard Coulton concludes: “Given that Siltbuster was not exhibiting in its own right at the show, to have so many of our products that deliver solutions for such a diverse range of applications on such an international stage was phenomenal. It’s a real testament to the work ethic and determination of all our staff in Monmouth to take the company to the next level.”